How to connect Nintendo Switch to a Laptop?

Are you intended to enjoy your video games on a laptop? Well, it is now possible through an 8th generation Nintendo switch that acts as a hybrid console.

These switches provide multiple supports for playing games whether they are online or by using local ad-hoc services by connecting several consoles. Nintendo switches were released in 2017, and today they have earned the status of becoming 7th in the rank of top-selling consoles.

To create an indirect connection of the Nintendo Switch to the laptop, you need a Nintendo dock supporting an HDMI port for output, HDMI-USB game/video capture card, and HDMI cables.

How to use the laptop as a Screen for the Nintendo Switch?

With a price of $299.99 in the US, this switch is worthy of purchasing if you want a portable solution for your entertainment at any place and time. Needed items are mentioned above for providing superb and easy connectivity of the switch to your laptop screen. Let’s get to know how they all work together.

Next, you would want a quality-oriented HDMI cable which is mostly a part of the Nintendo switch packages. A Nintendo dock is a must for offering a direct connection to the switch through its in-built ports with a capture card to convert the digital gameplay signals and display them on the screen.

Once all the requirements are met, then read below to know how this process takes place:

You can play your desired games with the help of Joy-Con controllers, referred to as the Joy-Con-L and Joy-Con-R controllers. You can do multitask with the Nintendo switches and enjoy live streaming, recordings, playbacks, and much more.

You can now enjoy gaming on full screens as well. These switches are opted for by many people today and there have been 1.16 million sold of Nintendo Switch in Dec 2021 and 21 million units are already sold in the year 2022. They have become the best family of consoles in this trending era.

Undoubtedly, their flexibility makes them popular all around the world.

Is it possible without a capture card?

A video capture card performs the digitization process and is best for doing gameplay with Nintendo switches. Some of the useful capture cards for this purpose include Elgato HD60 S+ Capture Card, Elgato Game Capture HD60 Pro, and many more.

If you do not have a capture card then it will not be wrong to say that you cannot fully enjoy the 2000+ games that the library of Nintendo contains. Instead, you can get facilitated by the games that are reliable for Windows.

In other words, PC versions of games supported by the Nintendo switches can be played by you. There are several switches that are compatible with different laptops or computers.

Hence, if you aim to play and enjoy the latest games versions by connecting your Nintendo Switches to the laptop’s screens, it is not possible without an HD quality video capture card.

Can I use my laptop as a display to switch?

Yes, you can easily make this possible and use your laptop’s screen as a medium of becoming a big TV screen where you can enjoy doing multiple tasks. You will be needing HDMI cables, a video capture card, Nintendo switches with a Nintendo dock, and good software to run it.

Nintendo switches becoming a big game-changer for many people provides a joyful experience to gamers and even those who are not into technology.

A series of steps mentioned in this article can help you connect the switches to laptops. With their portability feature, these switches are becoming a threat to many companies like Playstation 4. Its latest Nintendo Switch Lite is also in demand these days. The powerful specs, including memory, display, and GPU, makes it a success. 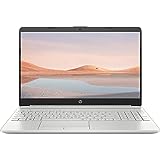